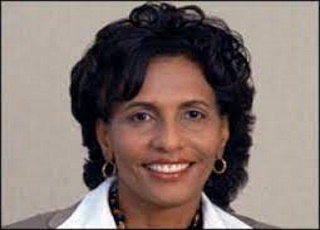 PORT OF SPAIN, Trinidad– A High Court judge Wednesday denied a motion filed by the former finance minister, Karen Nunez-Tesheira, claiming a “breach of contract” ahead of the internal elections of the ruling People’s National Movement (PNM).

Justice Devindra Rampersad rejected the application sought by Nunez-Tesheira, who is challenging Prime Minister Dr. Keith Rowley for the ruling party’s leadership, Dr. Kenneth Butcher, who is vying for the post of Chairman, and Bishop Victor Phillip, who is contesting the seat of an election officer.

The PNM internal election is scheduled for November 26 and 27 and December 4.

The judge said that while the trio had raised an arguable case over a decision by the party’s executive council to host the election on three separate days over nine days instead of on one day, he noted that they failed to provide cogent and compelling evidence that they would be prejudiced if it were allowed to go ahead this weekend.

“The greater risk of prejudice lies with the defendant,” Justice Rampersad said, also noting that the trio could still mount their legal challenge after the election is concluded.

“Although it is difficult to correct an election result, it could be set aside,” he said.

“The central executive is therefore subservient to the general council and cannot arrogate powers that the public board itself does not possess.

“The decision to change the election from the time-honored ‘election day’ to span a nine-day period is a fraught exercise more so since no justifiable reasons have been proffered to the membership for such a change which is without precedent anywhere in the Commonwealth or jurisdictions throughout the world that observe and adhere to democratic conventions and practices and the observance of the rule of law,” the lawsuit contended.

In the lawsuit, the three challenges were asking the High Court to allow all candidates, or their authorized representatives, to oversee the casting of ballots at all polling stations, as well as three orders to allow votes to be counted immediately after the close of voting, postponing the election for 21 days to give effect to the court’s orders and declarations.

They also wanted the High Court to allow every candidate to follow ballot boxes to the venue where votes would be counted.

But Justice Rampersad rejected the trio’s concerns over a move by the party’s elections supervisory committee to have the ballot boxes escorted by police officers to a secret location before votes are counted on the last day of the election.

He noted that the claimants had no evidence that the police officers would tamper with the boxes or that international accountancy firm Pannell Kerr Forster would compromise the election if the committee planned to go ahead.