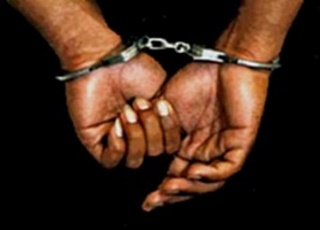 NEW YORK– The United States Immigration and Customs Enforcement (ICE) agency said on Wednesday that four Caribbean nationals were among 18 unlawfully present noncitizens convicted of sex offenses who were recently apprehended during a nationwide enforcement effort.

ICE said the action by deportation officers with its Enforcement and Removal Operations (ERO) New York Field Office resulted in a total of 138 arrests nationally, including some who had already been ordered removed from the United States but failed to leave.

Two Haitians, one Guyanese and a Jamaican, were arrested in the sweep between October 22 and November 4.

The other Haitian, 43, residing in Springfield Gardens, Queens, New York, was convicted of felony possessing a sexual performance by a child.

The 48-year-old citizen of Guyana, living in Brooklyn, was convicted of felony sexual abuse in the first degree: sexual contact with an individual less than 11 years old.

ICE also said that a Jamaican national was apprehended in Boston, Massachusetts. The 29-year-old, in Waterbury, Connecticut, was convicted of two counts of fourth-degree felony sexual assault.

The others arrested were from Bolivia, Honduras, Mexico, Guatemala, Uruguay, El Salvador, and Canada nationals.

ERO New York Field Office Acting Field Office Director Kenneth Genalo said: “The emotional damage inflicted by sexual perpetrators on their victims can last a lifetime. The work of our officers on this operation has prevented future potential victims from such harm.”

“This invaluable contribution to community safety should be especially valued at this time of year when families all over gather to celebrate together,” he added.