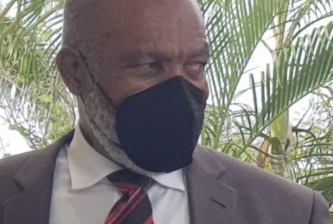 Bridgetown: High Court judge Wednesday sentenced a 67-year-old attorney to 23 years in jail on charges of theft and money laundering, even though he had begged the court not to impose a custodial sentence.

“I am asking that the court impose a nonJune 23ial sentence October 18ircumstances. I again sincerely apologize to the court, the complainant, and my family. I am asking the court’s compassion in this matter,” Jackman said during a court appearance in August.

He said he had made “great efforts” to repay the money and was still “desirous” of doing so.

“To date, I have paid the sum of BDS$ 392 000 with the balance remaining unpaid. I desire to pay the balance of the money belonging to the complainant. I have always intended to do so and will take action to try and have that done.”

But when the matter was called before Justice Beckles in the No. 5 Supreme Court on Wednesday, King’s Counsel, Alrick Scott, representing the complainant John Huggins said no part of the outstanding money had been repaid as indicated by Jackman on the last occasion.

In August, the acting Director of Public Prosecution (DPP), Krystal Delaney, urged the High Court use a sentence of between eight and nine years as a starting sentence regarding the theft and ten years for the money laundering conviction. She said credit should be given for his time in prison, which up to July 28, was 96 days.

“There was a significant breach of trust, the custodialJuly 28old has been crossed, and a suspended sentence is inappropriate in the circumstances. In this case, an immediate custodial sentence is not only merited but necessary,” Delaney told the Supreme Court.

She told Justice Pamela Beckles that among the aggravating circumstances was that a significant sum of money had been stolen.

“It was stolen from an elderly complainant. By the time he gave evidence in this case, he was 85 years old. In his victim impact statement, he talks about the fact that this money was his retirement plan and he, therefore, had to make alternate arrangements for his retirement when it was not forthcoming,” the acting DPP had said.