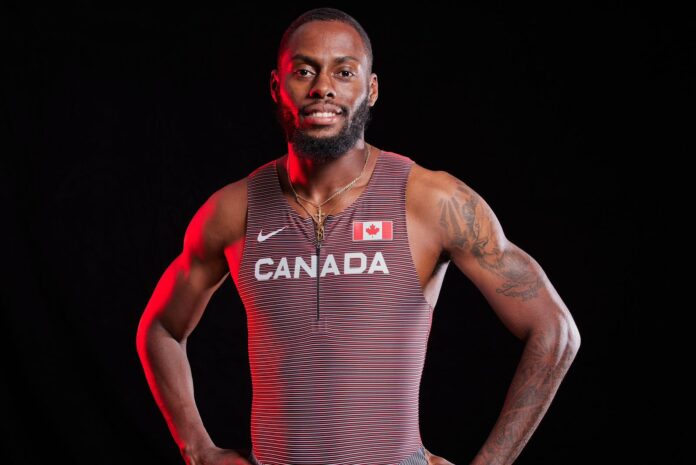 Sprint prodigy Ben Johnson thinks it could be the ‘Yam.’

Why do Trelawny sprinters run so fast?

This question was posed to Brendon Rodney, a Canadian gold medal sprint athlete and two-time Olympic medalist with a master’s degree in sports management and exercise science who has roots in Trelawny. While unable to pinpoint a definitive reason for the phenomenon, he revealed that more than a whopping 40% of Olympic sprint medals earned by Jamaicans had been delivered by athletes who were either born in Trelawny or have roots in the parish.

“Trelawny is a well-oiled machinery for delivering world-class sprinters,” he told Caribbean Times.


“Usain Bolt’s name is synonymous with jaw-dropping sprint records. But If you look back in the Trelawny archives, names like Merlene Ottey, Veronica Campbell-Brown, Warren Weir, and Michael Frater will jump at you. 2012 Olympic 400 meters champion and 2009 World Champion Sanya Richards-Ross, who represented the USA, is also from the parish, and so too is sprint legend Ben Johnson who represented Canada”.

Rodney, a Long Island University graduate currently in Jamaica for training and exploring his Trelawny roots, is a member of the Canadian men’s relay team that won gold in the 4 X 100 recently at the World Championship Games in Oregon, USA. He also has Olympic silver and bronze medals under his belt.

“Since Jamaica first competed in the Olympic Games in 1948, the ‘sprint capital’ has won an impressive 86 track and field medals. Of that total, a stunning 28 medals, or 33% of the haul, were won by athletes born in Trelawny, which is quite extraordinary since Jamaica has fourteen parishes”, he reasoned.

“Not included in that number are five Olympic medals won by Sanya Richards-Ross for the USA and two won by me for Canada. The Jamaica medal count by itself is most impressive. Still, this total of 28 Olympic Trelawny medals is unheard of anywhere else in the world, coming from a relatively small parish of 337 square miles, located in a small country,” he opined.

Canadian sprint prodigy Ben Johnson who was born in Falmouth, reflected on this astonishing parish accomplishment.

“Although there is no scientific proof, I would certainly attribute some of our success to the Trelawny yam,” Ben Johnson chuckled.

Forbes Magazine, in an article last year, said, “Residents of the area believe that the tuber has medicinal properties and it is seen as a source of power and stamina, which has great scientific credibility given that it is high in energy-providing carbohydrates and is high in potassium, protein, vitamins B1 (thiamin), B2 (riboflavin), B3 (niacin), B6 (pyridoxine), folic acid, and pantothenic acid.”

“For reasons as yet unknown, it has helped to produce some of the best sprinters in the world. One can’t consume a steady diet of cornflakes, burgers, and fries and expect to be world-class,” Johnson opined.

Johnson, in 1988, ran the 100-meter dash in 9.79 seconds at the Summer Olympics in Seoul, South Korea. The sprinter, who now resides in Toronto and coaches ice hockey and baseball athletes, added that “the Trelawny yam is a slow-releasing carbohydrate that aids the development of sprinters while growing up. Green bananas and dumplings, which I ate as a child in Trelawny, helped too, and most athletes in the parish have easy access to beaches for swimming, which enhances muscle building”, Johnson stated.

“That’s why American sprinter Carl Lewis couldn’t beat me then, and he still could never beat me now,” Johnson added.

“It is the Trelawny yam,” declared Usain Bolt’s father, Wellesley Bolt, a Sherwood Content in Trelawny resident, moments after his son smashed the 100-meter world record at the 2008 Beijing Olympics.

2. Trelawny sprint icon Ben Johnson was once considered the world’s fastest man in the 100-meter sprint in the late 1980s.