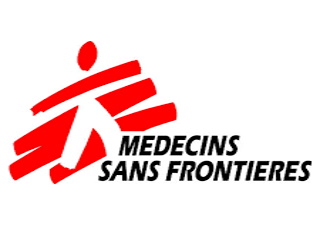 PORT AU PRINCE, Haiti– The international, independent organization Medecins Sans Frontieres (MSF) says thousands of people are trapped, without clean water, food, or access to medical care, in a neighborhood of Cité Soleil, Port-au-Prince, as the death toll from clashes between armed gangs climbed to more than 50.

In an alert, the medical group said thousands of residents of Brooklyn, an isolated neighborhood of Cité Soleil, have since July 8, when fighting broke out in Cité Soleil, been unable to leave due to violent clashes and the inability of water trucks carrying drinking water, on which the inhabitants depend, not being able to enter the area.

“We are calling on all belligerents to allow aid to enter Brooklyn and to spare civilians,” said Mumuza Muhindo, MSF head of mission.

“We also call on the humanitarian community to respond to the urgent needs of the population in Brooklyn and other neighborhoods affected by the fighting, including water, food, and medical care.”

He said three MSF community health workers, who live in Brooklyn, treated the injured in a private clinic, the only health facility still in operation in the enclave.

“Along the only road into Brooklyn, we have encountered corpses that are decomposing or being burned. They could be people killed during the clashes or people trying to leave who were shot—it is a real battlefield. It is impossible to estimate how many people have been killed,” Muhindo said.

The MSF said it continues its attempts to evacuate people with critical medical needs in Brooklyn while many other residents are asking for help to leave the area.

The organization continues to treat victims of violence in other neighborhoods of Cité Soleil. Staff at MSF’s emergency center in Drouillard opened an operating theatre within the facility to begin providing emergency surgical care on-site.

“This work was made difficult, partly because of armed clashes in the immediate vicinity, which forced medical personnel to take refuge in a secure room for several hours,” it noted.

Meanwhile, Joël Janus, the deputy executive agent of Cité Soleil, is revising the death toll upwards due to the clashes between the armed gangs.

He said at least 50 have died and at least 100 injured, even as the authorities say they are having difficulty confirming those figures.

The deputy mayor in the Cite Soleil district of Port-au-Prince, Jean Hislain Frederick, said that the violence began a day after the first anniversary of the assassination of President Jovenel Moïse. Since Moïse was killed on July 7, 2021, violence has soared in Haiti as gangs battle over territory, and the government has struggled to crack down.