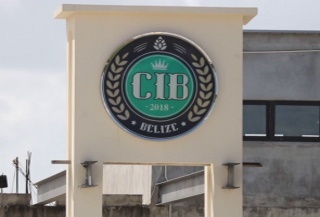 BELMOPAN, Belize, The attorney representing the Caribbean International Brewery Limited has filed for judicial review of a decision of a magistrate regarding the seizure of three million dollars (One Belize dollar=US$0.49 cents) in cash from the brewery’s compound in October.

Attorney Dean Barrow, a former prime minister, is asking the Supreme Court to determine that Magistrate Deborah Rogers erred in her rulings and that his client’s constitutional rights have been violated in the process.

The producers of Mine Beer have been locked in a legal battle before Magistrate Rogers in the Orange Walk Magistrates Court because the Financial Intelligence Unit (FIU) has requested a hold on to the seized funds for an additional three months.

The funds were seized by police on October 6 and turned over to the Financial Intelligence Unit (FIU) claims that it has reasonable grounds to suspect that the funds, which were found inside a safe along with a number of identification documents, are connected to human trafficking, money laundering, and tax evasion.

Barrow had on October 26 made an application for a request to have the Supreme Court’s opinion on certain aspects of the hearing. He submitted the application with a view to challenging the decisions made by Magistrate Rogers in relation to his clients.

Now he has filed an application for permission to bring a judicial review against Magistrate Rogers and the Attorney General’s Office.

But he said that the attorney representing the government and the magistrate indicated to the court that he was not prepared to argue the question on Tuesday “because we had just filed it last week, and they just retained him over the weekend.”

He said, as a result, the court has ruled that the matter will have to be adjourned, but that he had also asked that it should grant a temporary stay.

He said the court refused to grant that order “because it would have resulted in the cash having to be returned.”

Barrow said the court’s position is that “if you are right in all you are alleging when you do a judicial review, and you win if you are right, the harm that is being done to your clients by way of their monies having been seized you will be compensated in damages.

“And if you are right in saying the magistrate has gone terribly wrong, the court can make an appropriate statement because I am contending that the magistrate has absolutely broken down, trampled upon all the guard rails that the law sets up to ensure that when to take a man’s money there is some level of protection.”

In the meantime, Magistrate Roger will continue to hear the matter on Wednesday, and Barrow says he does not expect a judicial review decision before Magistrate Rogers makes her final decision.