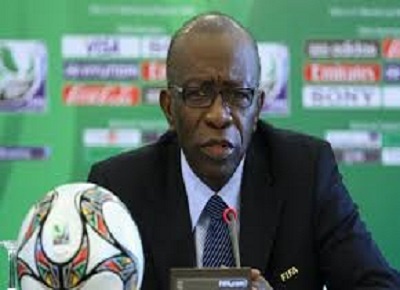 PORT OF SPAIN, Trinidad, The embattled former FIFA vice president, Austin jack Warner’s legal problems mounted on Monday after a High Court ruled in favor of the Confederation of North, Central America and Caribbean Association Football (CONCACAF) in its legal battle over the ownership of the Dr. Joao Havelange Centre of Excellence in Macoya, east of here.

In addition, Justice Robin Mohammed ruled that Maureen Warner, the wife of the former national security minister here, and two of the family’s companies will join her husband and others in the US$37.8 million lawsuit against them. They had sought to be removed from the lawsuit.

In the application, Warner’s wife and the companies Renraw Investments Limited and CCAM and Company Limited claimed that the case, filed in 2016, was statute barred as it concerned conduct which took place between 1995 and 2011.

They also argued that while CONCACAF could claim that Warner had a fiduciary duty to it based on his long stint at the helm of the organization, they had no connection.

The ownership of the lucrative property, which features a swimming complex, restaurants, a 44-room hotel, conference facilities, a gym, and the Marvin Lee Stadium, arose shortly after Warner’s successor at the regional football association, Jeffery Webb, instituted an integrity investigation against him and fellow former president Chuck Blazer.

The investigation came three years before Warner and Blazer, and other Fifa officials were implicated in a United States (US) Department of Justice investigation into corruption in the operations of world football’s governing body.

In the claim, CONCACAF is contending that Warner, his wife, and the companies were involved in a conspiracy to misappropriate CONCACAF funds that were allocated to construct the facility by misrepresenting that it (the facility) was actually owned by CONCACAF.

CONCACAF also listed accountant Kenny Rampersad and his company as parties to the claim, contending that he had a conflict of interest by serving as the accountant for both CONCACAF and the companies.

Rampersad contended that he provided secretarial services to the companies and claimed he did not owe CONCACAF any fiduciary duty, as he merely served as an auditor.

In his defense, Warner, who served as CONCACAF president between 1990 and 2011, said he could not recall facts surrounding the deal owing to CONCACAF’s delay in bringing the claim. He also denied that he and his wife had a controlling interest in the companies and challenged the arrangement as he denied that he misappropriated funds.

Justice Mohammed’s decision on the preliminary issue means that the substantive case can now go on trial before him. He has also ruled that a case management conference in the case is scheduled to be held in February.

CONCACAF had also filed similar proceedings against Warner in the US District Court for the Eastern District of New York. In July 2019, it obtained a US$20 million default judgment against Warner after he failed to attend hearings of the case or send legal representation.

Last month, Warner lost his challenge before the London-based Privy Council, the country’s highest court, regarding his extradition to face a barrage of charges of racketeering, wire fraud, money laundering, and bribery; and allegedly, from the early 1990s.