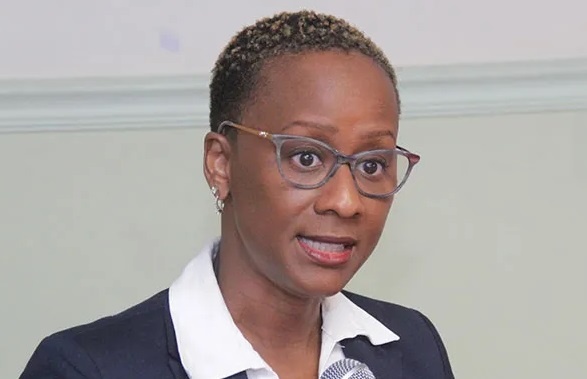 KINGSTOWN, St Vincent, One person may have died as a result of being injected with the COVID-19 vaccine, Chief Medical Officer Dr. Simone Keizer-Beache told the High Court on Wednesday, on day one of the vaccine mandate lawsuits.

Her admission was contained in an affidavit she filed in support of the government’s response to the legal challenge.

In her affidavit, the chief advisor to the government on public health matters said that of the 53,852 doses of COVID-19 vaccines administered in SVG by November 26, 2021, there were 25 documented reports of adverse effects, “most of which were slight to moderate.”

The CMO said this shows that the risk of an adverse effect in SVG was 0.046 percent.

She said that of the 25 cases, two people required hospital admission, while the other people were managed without admission.

“There was, however, one person who died in January 2022 and who had a progressive weakness which may have been due to serious adverse effects following vaccination with a COVID-19 vaccine,” Dr. Keizer-Beache said.

She said the patient was 55 years old and retired, with a history of an endocrine disorder.

The patient received the first dose of AstraZeneca in April 2021 and the second in May 2021.

While in the United States in the summer of 2021, the patient was observed to have memory loss, shaking of hands, and communication changes.

A diagnosis of dementia was initially made by physicians in the United States, the affidavit stated.

The patient was later diagnosed with Creutzfeldt-Jakob disease (neurodegenerative disorder) by other physicians in the United States.

An MRI conducted in the United States “was verbally reported as a possible condition of acute hyperactive encephalopathy, which may also be consistent with COVID-19 or post-COVID-19 vaccine inflammation,” Dr. Keizer-Beache said.

“The final cause of death on the post-mortem was venous thrombosis and pulmonary thromboembolism. However, to date, no definitive diagnosis has been made of the cause of the progressive weakness that preceded death because of the lack of conclusive evidence and conflicting diagnoses,” the CMO further stated in her affidavit.

Dominican lawyer Cara Shillingford–Marsh, the lead counsel for the claimants in the trial being heard before Justice Esco Henry, said, “an admission that the state recognized that someone may have died due to the serious side effects of the COVID-19 vaccine . . . is fundamental. It’s extremely important.”

However, Senior Counsel Anthony Astaphan, the lead lawyer for the respondent, rejected this argument, saying that the claimants had four choices, including refusing to take the vaccine and facing the consequences of that decision.

Shillingford-Marsh noted that while, in her affidavit, Dr. Keizer-Beache said people were administered the COVID-19 vaccine, she did not say whether there was any monitoring of these individuals after they were injected.

“… She did not say what measures were taken by the state to follow up with these individuals,” the lawyer said, adding that the physician also did not say whether the government took any measures to monitor the possible effects of the COVID-19 vaccine on individuals.

“She also did not state the number of vaccinated persons who would have died after being vaccinated,” Shillingford-Marsh said.

The lawyer made the point as she asked the court to find that the vaccine mandate – insofar as it makes mandatory the taking of the COVID-19 vaccine “on pain of suffering, the loss of livelihood, loss of pension rights, and of being exposed to criminal sanctions” –amounts to inhumane and degrading treatment.

The vaccine mandate resulted in hundreds of public sector workers, including teachers, police officers, and nurses, losing their jobs for failing to take a COVID-19 vaccine by last December as the government mandated.

In her submission to the court on Wednesday, Shillingford-Marsh argued that the Constitution of SVG recognizes that human beings are endowed with dignity by their Creator and that human dignity must be respected.

She noted that section five of the Constitution states that no person shall be subjected to torture or inhumane or degrading punishment or treatment.

“Now, this is a section for which no derogation is allowed,” the lawyer argued, adding that as long as the claimants could prove to the courts that the legalization that brought the mandate into effect “authorizes torture, inhumane or degrading punishments, and treatments,” the court would have to find that the regulations are unconstitutional.

Shillingford-Marsh said that forcing people “to take into their bodies newly developed intravenous drugs, which may have adverse side effects on them, amounts to inhumane or degrading treatments.”

She said that the “inhumane and degrading treatment” of the claimants has subjected them to “a degree of mental and psychological anguish that would amount to a serious attack on their human dignity.”

Shillingford-Marsh told the court that her clients have the capacity to refuse consent to be injected with the COVID-19 jab.

She said that in a situation where they refused such consent, the steps were taken by the Minister of Health in creating the regulation forcing them to take the vaccine resulted in the claimants being deprived of their salaries and pension rights.

“And doing so amounts to forcing the claimants to take the vaccine. We submit that this is inhumane and is in breach of Section 5 of the Constitution,” the lawyer argued.

However, in his rebuttal, Astaphan argued that to the extent that there were provisions for the claimants to seek exemption on medical or religious grounds, they could not complain about being forced to take the vaccine.

“…. You cannot complain about being forced to do something or compelled because you literally have four options: take the vaccine, apply for an exemption — if you get it, fine; if you don’t get it, well, too bad …; or you refuse to take the vaccines and face the consequences of your own decision,” Astaphan said.

“There’s no force; there was no threat of force. There was no suggestion that the Special Services Unit or the regional services unit were going to come and collect everybody, put them in a stadium and inject them one by one. That would be the level of atrocity that would be required to meet the test under Section 5.”