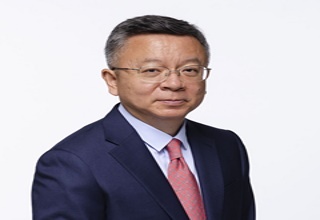 BRIDGETOWN, Barbados – A senior International Monetary Fund official (IMF) official is visiting the Caribbean as the region prepares for participation in the United Nations Climate Conference (COP 27) that gets under in Egypt later this month.

IMF Deputy Managing Director, Bo Li, focuses on climate change, climate financing, and how the Washington-based financial institution can help in the November 6-18 conference in Egypt.

Li, who is visiting the region, said his trip would build on the visit earlier this year by IMF Managing Director  Kristalina Georgieva to the Caribbean to bolster the positive collaboration between the IMF and countries in the region.

I arrived in Dominica on Monday and will meet with Prime Minister Roosevelt Skerrit and his Cabinet, visit the geothermal plant and resilient housing projects, and meet with local stakeholders holders including academia, private sector, and youth and women representatives, before departing on  Wednesday, when his visit to the Bahamas commences.

On his visit to the Bahamas, which begins on Wednesday, Li will meet with Prime Minister Philip Davis to discuss climate change, visit Abaco to view the effects of Hurricane Dorian and reconstruction efforts as well as participate in the 59th Bi-Annual Caribbean Community (CARICOM) Central Bank Governors meeting, hosted by the Central Bank of The Bahamas.

Li told CMC that both The Bahamas and Dominica are highly vulnerable to natural disasters recalling the devastation caused by Hurricane Dorian in 2019 and Hurricane Maria in 2017, respectively.

“The visit will provide an opportunity to see firsthand the progress made by the two countries, how climate change is affecting them, and the importance of building resilient economies,” Li said.

He pointed out that In Dominica, he will visit several projects implemented under the country’s Disaster Resilience Strategy, adopted in the aftermath of Hurricane Maria. In the Bahamas, he will see some sights that suffered the devastation of recent hurricanes and a project focusing on coral restoration.

“The Caribbean is facing tough conditions as a result of climate change,” Li said, adding that the recent natural disasters in Dominica and The Bahamas had enormous human and economic costs.

“Given the small size of these countries, the impact has been largely about the size of the economies, as natural disasters affect the entire territory.”

He said that the IMF had drawn essential lessons from the natural disasters that affected the Caribbean region, including those that affected The Bahamas and Dominica. These lessons have helped to inform the IMF’s policy advice.

“These key lessons include the importance of ex-ante resilient investment by ensuring that infrastructure can withstand natural disasters; preparing strong insurance frameworks for quick access to resources in the aftermath of disasters and by strengthening coverage and access to private insurance, and ensuring there are strong policies in place for ex-post social assistance and post-disaster protocols,” Li told CMC.

“My message to both countries is one of encouragement and support. If there is one clear lesson from my experiences, it is the importance of building a resilient economy. This value has become even clearer in the context of the ongoing crises. We need to think about resilience in a multidimensional way.”

The IMF official said that countries should prepare macroeconomic frameworks that internalize the physical cost and financial investments to increase resilience.

“In this regard, the IMF has been providing support to governments in the region on this, including preparing Disaster Resilience Strategies in Dominica and Grenada,” he said, adding that the IMF has recently established a Resilience and Sustainability Trust (RST) to provide additional financing for investment in resilience to natural disasters.

He said Barbados is the first Caribbean country to request RST financing, and the IMF announced a staff-level agreement last month.