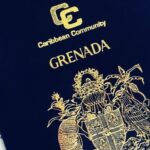 ST GEORGE’S, Grenada– Former Foreign Affairs Minister Oliver Joseph has admitted that the previous New National Party (NNP) administration had a policy of accepting cash for diplomat passports. However, there have been denials that a Polish man was charged almost double the usual amount and a significant portion of that went to the bank account of an NNP constituency office.

Joseph confirmed that there was a policy of the former administration, led by Prime Minister Dr. Keith Mitchell, of appointing diplomatic passport holders as ambassadors-at-large if there was no representation in the territory or jurisdiction from which a citizenship application came. No diplomatic immunity was granted. However, he said.

Unlike an ambassador-in-residence, usually limited to a country or embassy, an ambassador-at-large operates in several neighboring countries.

“We [did] conduct a thorough due diligence investigation, and once approved, they are then asked to pay the required funds to the state. The fee was US$150,000, nothing more, and the Cabinet conclusions will reflect the same,” Joseph said.

During a town hall meeting on Monday, Prime Minister Dickon Mitchell alleged that a Polish national had claimed that in June this year, amid the general election campaign, he was asked to pay US$290,000 for a diplomatic passport, with US$150,000 for the State and US$140,000 for the NNP’s constituency office in St George South.

Describing the move by the Polish nation as a gamble in which he lost, the Prime Minister said his government would not grant the request for the money to be returned.

“I do not know who advised the Polish gentleman…. The gentleman has been asking back for his money. The State of Grenada has no intention of paying back any money to anybody, but I also want to point out and give some free advice to the South St George New National Party that you might have to pay back the man his money,” he said.

“This is trading in diplomacy or, more specifically, in a diplomatic passport. This administration has stopped this; we will not do it; it is wrong. For a government, days before an election, to suggest to people that they could be made diplomats in the middle of an election campaign ridiculous, and that is the kind of challenge that we have to treat,” Prime Minister Mitchell declared.

However, Joseph insisted that the amount paid to the state was only US$150,000, and there could be no other figures in the Cabinet’s conclusion.

“That is the figure we set, and we did not change it in the build-up to the election, so I challenge those with other evidence to present it,” he said.

Norland Cox, who contested the South St George Constituency seat for the June 23 general election, also distanced himself from the payment.

“I can clearly state that our campaign [in] which we were unsuccessful, in no way will our records show that we have received direct funding from any foreign donor. All our support was from ordinary persons, local businesses, and even former parliamentary representatives for South St George who supported our campaign,” he said in an interview on Tuesday.

Nicholas Steele, a former candidate for the NNP in the same constituency, also said he did not receive US$140,000 for his campaign. However, he did confirm that during his 2018 election bid, financial contributions required him and his office to declare the source of funds.

Grenada’s financial laws mandate that financial transactions of EC$10,000 and up deposited into an account must have a source of funds declaration.