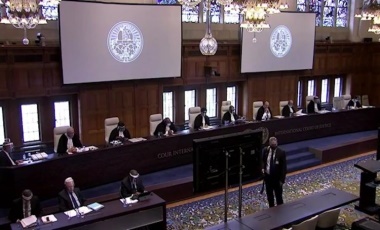 THE HAGUE, Netherlands, Guyana Tuesday argued that Venezuela has failed to provide adequate evidence to back its position for a dismissal of a final settlement to the ongoing border dispute between the two countries.

“One thing, however, is abundantly clear, Venezuela does not want to court to determine the merits of Guyana’s claims,” Guyana’s agent, Carl Greenidge, argued before the International Court of Justice (ICJ) on the final day of public hearings here.

Caracas is against Guyana obtaining obtain a final and binding judgment that the 1899 Arbitral Award, which established the location of the land boundary between then British Guiana and Venezuela, remains valid and that the Essequibo region belongs to Guyana and not Venezuela.

But Greenidge believes that Venezuela is only stalling the much-needed judgment into the border case, saying, “one cannot escape the conclusion that it is a desire to continue perpetuating a falsehood rather than a desire to expose and vindicate the truth that underlies Venezuela’s hostility to the Court hearing Guyana’s claims.”

Greenidge said he is also of the opinion that Venezuela does not want the ICJ to preside over the matter because this will validate the 1899 Arbitral Award.

Earlier, two members of Guyana’s legal team, Professors Pierre d’Argent, and Philippe Sands told the ICJ that much of Venezuela’s arguments were without evidence after the neighboring country had raised preliminary objections that halted the adjudication process in the border controversy.

Venezuela has maintained that the United Kingdom (UK) should be a party to the border case, given that the British government was party to the 1899 Arbitral Award that determined the land boundary between Venezuela and then British Guiana.

It also posited before that tribunal and those involved in the 1899 Award may have been compromised or engaged in some misconduct.

On Monday, Venezuela’s Professor Paolo Palchetti said that the United Kingdom engaged in coercion and corrupt practices in relation to the 1899 Award.

But Guyana has countered, saying the ICJ could aptly investigate such claims while presiding over the substantive border controversy case.

“It is somehow an insult to tell the Court that by ruling in December 2020, you could not have realized that by examining the validity of the award, as you had decided to do, you could be led to necessarily look into the conduct of the UK at the time of the arbitration,” Professor D’Argent told the ICJ.

Professor Sands said that no evidence of misconduct had been provided by Venezuela, nor has any evidence of how a ruling, in this case, could affect the UK, which has no legal interest or obligation here.

“Venezuela’s burden is to prove that one or more of the arbitrators engaged in inappropriate contact with counsel, and this is what influenced the Award. It has offered no evidence to support such an argument. Nothing,” he said, reminding the ICJ of the 1966 Geneva Agreement, which intended to resolve the controversy over the frontier between Guyana and British Guiana.

When Guyana became independent in May 1966, the UK no longer had a role in settlement of the controversy. Based on Article IV of that Agreement, the UK gave its consent for the United Nations, and by extension, the ICJ, to resolve the controversy.

Professor Sands said that the Court’s judgment of December 2020 deserves to be read with great care.

“Venezuela has no good answer to the proposition that by signing the Geneva agreement, the UK has explicitly expressed its consent to the Court exercising its jurisdiction over Guyana’s claims being brought pursuant to that agreement,” Professor Sands said, noting that subsequent public statements, also indicate that the UK backs the Court’s jurisdiction.

The Hague-based Court is expected to issue its judgment detailing whether or not it should preside over the claims brought by Guyana.

In December 2020, the ICJ ruled that it has jurisdiction to hear the case. Subsequently, the ICJ ordered that Guyana file its Memorial on the merits of its case against Venezuela. Guyana did so on March 8, 2022.

When Guyana filed its Memorial, Venezuela filed preliminary objections to the admissibility of Guyana’s Application to the Court to determine the validity of the 1899 Arbitral Award on June 7, 2022.

In accordance with its rules, the Court suspended the proceedings on the merits until the determination by the ICJ as it relates to Venezuela’s preliminary objections.