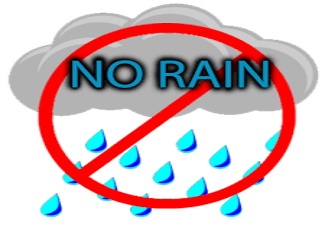 The BWS recorded less than one inch of rainfall – 0.97 inches – during the month, which made July the driest month since 1984 when 0.9 inches were recorded and the third driest in recent history.

The driest July in BWS records, which began around 70 years ago, was 1975 when just 0.74 inches of rain fell on the island.

“We continue to wait for the gradual weakening of the high, which will allow for more robust features to impact us,” she said.

April, May, and June had also run “a bit dry,” Pitcher said, with rainfall recorded at 3.8 inches, 3.5 inches, and 3.7 inches, respectively, leaving overall rain so far more than seven-and-a-half inches this year below normal.

Water-trucking firms have reported a surge in demand for deliveries to top up dwindling water levels in tanks that collect rainfall from specially-designed white roofs on houses.