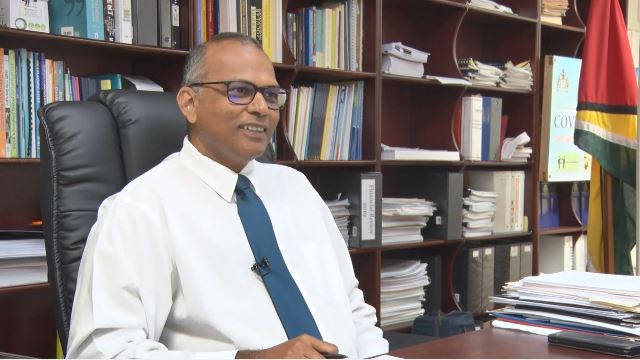 Speaking ahead of Thursday’s observance of the day, the minister noted that among the new measures is the introduction of Pre-exposure prophylaxis (PrEP), which is now available for everyone who may need it.

Previously, PrEP was only given in Guyana to HIV-negative people in Guyana whose partners were infected.

“But we have changed that because the WHO [World Health Organization] recommendation now is that any person who perceives themselves to be at risk for HIV can access pre-exposure prophylaxis,” Minister Anthony said.

There are some minor requirements to accessing the drug, based on a person’s medical background in relation to certain other diseases and medication that they may be taking.

Self-testing for HIV is also a new initiative that has made it easier for persons in Guyana to know their HIV status, the Health Minister said.

He noted that while more people are opting for self-testing, there are now 30 voluntary counseling and testing sites available in Guyana.

These also cater to other Sexually Transmitted Infections (STIs).

The ministry is hosting an International HIV/STI Conference where persons can learn more about the treatment options available.

“This would give people an update on HIV treatment and various aspects of HIV Treatment, whether it’s the new antiretrovirals that are out, to be used in patients, how they work, what regimens that we have; that particular lecture will be done by an expert from the Mayo Clinic who is coming in to do that particular lecture,” Minister Anthony said.

The event will also see the launch of publications of clinical guidelines for clinicians to adopt, among other features.