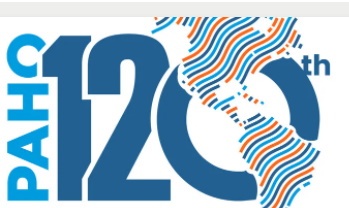 WASHINGTON, The Pan American Health Organization (PAHO) is on Friday marking its 120th anniversary as the world’s oldest international public health agency promoting health and well-being throughout the region of the Americas, including the Caribbean.

Since then, PAHO has worked tirelessly to combat disease, prolong life, and promote the physical and mental health of all people in the Americas, leaving no one behind.

“As our region begins to emerge from almost three years of COVID-19 pandemic, one that has laid bare some of our most striking health inequalities, never before have I been more convinced that the creation of PAHO 120 years ago was an act of incredible foresight,” PAHO Director, Carissa F. Etienne said.

“Today, the organization continues to work with countries under the guiding principle that health is not a privilege but a fundamental human right,” she added.

Throughout the past 120 years, PAHO has led the Americas to become the first region in the world to eliminate smallpox and poliomyelitis and to eliminate the transmission of rubella and neonatal tetanus.

The organization has also played a key role in achieving a 30-year increase in average life expectancy in the region, as well as a significant reduction in child mortality and an expansion of health coverage among poor and vulnerable populations.

Over the past three years, PAHO has worked on the frontlines of the COVID-19 response in the region, supporting countries, equipping laboratories, and providing tests. Through its Revolving Fund, PAHO procured and delivered over 151 million doses of COVID-19 vaccines to more than 30 countries in the Americas.

PAHO is the specialized health agency of the Inter-American System and also serves as the Regional Office for the Americas of the World Health Organization (WHO). PAHO has 35 member states and four associate members in the region. Under their leadership, PAHO sets regional health priorities and mobilizes action to address health problems throughout the Americas.