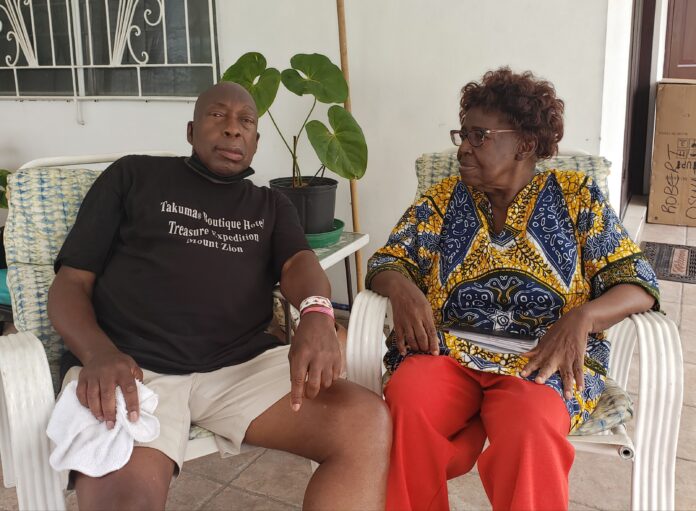 Following the recent results of Jamaica’s high school entrance examinations, over 30,000 students are preparing to enter high schools across the island.

But some would be surprised to learn that decades ago, even after independence, access to high school places was limited to only the very wealthy and financially secure. The school structure excluded thousands of Black Jamaicans from securing a solid high school education.

I recently chatted with an eighty-something-year-old retired educator and cultural specialist, Dr. Ena Campbell, who lived through the colonial education system in Jamaica in the 1940s and 1950s. She looked back on the way the system was then.

“When I arrived in Jamaica from Cuba in the 1940s as a young girl, high school education in Jamaica was designed for the white and brown planter class”, Dr. Campbell revealed. “There were very few premium high schools back then, the schools were kept deliberately small to retain their elite status, and only families who were well off could afford to send their children to the better schools,” she added. “There were schools like Jamaica College, Wolmer’s, Knox, and St. Hilda’s Diocesan High School in Brown’s Town, St. Ann, but the fees were beyond the reach of most Jamaicans, and the boarding schools back then were seen as finishing schools for aristocratic families. British expatriate teachers almost exclusively staffed the schools, and a school like Westwood was established by a Baptist minister to provide an education for Jamaican girls who couldn’t get into St. Hilda’s”.

The keen social observer noted that in the early days, outside of forking out ten or twenty guineas (twenty-one shillings) per term per child, the only way to get into the prized schools was to win one of two island scholarships that were available in each parish, with just about 30 super brilliant students islandwide having a shot at high school. She pointed out that in many cases when the scholarship winners turned up to start their schooling, everyone knew who they were because they were of a darker hue than most of the class.

“Many of the schools practiced selectivity based on class, color, and the moral as well as the social status of the parents,” author Olive Senior wrote in her book Encyclopedia of Jamaican Heritage about this pre-independence period.

Dr. Campbell, who worked for years at the African Caribbean Institute of Jamaica, related that an exploding class of Jamaicans had been exposed to travel to Panama, Cuba, and the UK during the turn of the last century,  and Black Jamaican families were becoming aware of the importance of a good education for securing a stable future. Teachers colleges like Mico and Bethlehem then turned out Jamaican teachers of the highest quality. Some of these teachers who were not hired in the high school network resented the elitist structure of the school system. They realized there was an urgent need for high school spaces, and even before the 1940s, they began setting up several independent high schools to fill the void.

Among the new wave of independent schools were Buxton High School (founded by Mr. Buxton Thompson), St. John’s, Camperdown, St. Monica’s, and St. Simon’s College, the latter producing top-tier graduates like G. Arthur Brown, former governor of the Bank of Jamaica, Hugh Shearer, former prime minister, the Hon. Louise Bennett, Dr. Joyce Robinson, and other distinguished Jamaicans rose to leadership positions. Dr. Campbell asserted that while these schools offered an outstanding general education, they were not funded by the government. Their one limitation was the lack of funds to expand facilities such as science labs.

“A loud and militant voice in the plight to find high school places for Jamaicans was Wesley A Powell, who led a protest delegation to the governor,” Dr. Campbell recalled. “Powell had earlier been a victim of the system when he was denied admission to Wolmer’s, after being told that he was too old to enter, at 13 years old!  Powell later established Excelsior School on Mountain View Avenue in Kingston. With support from the Methodists, the school enjoyed great success and flourished in every endeavor area, ” she stated.

The work of former Anglican Bishop of Jamaica Percival W Gibson cannot be overstated. Apart from establishing Kingston College, a center of excellence for inner city boys, a wave of other educational institutions were created under his tenure that saw the establishment of new schools islandwide like Bishop Gibson High, The Queens School, and Glenmuir High. Still, the expansion also included infant, primary, and teachers’ colleges. And the early appointment of Jamaican principals at Kingston College and St. Hugh’s was also a significant turning point in Jamaicanizing the schools.

Dr. Campbell made another exciting observation during her early years in Jamaica. She said Catholics also established several schools in the Kingston area. She noted that the Chinese were among the first to flee the plantation culture, heading to Kingston and setting up themselves as businessmen. She remarked that the urban Catholic schools then- St. George’s College, Convent of Mercy (Alpha), and Immaculate Conception – were heavily populated by the Chinese community in Kingston & St. Andrew. Many Blacks were unable to afford the high fees. Years later, the ethnic composition of these schools began to change, reflecting the Afro Jamaican demographic.

“While nearly all the churches that set up schools in Jamaica were British in origin, American Church of God missionaries arrived on the island too, and they established Ardenne High School, which had an open door policy,” she said. “All were welcomed, and the sense of dignity for every individual was unquestionable there. The fees were lower, and if parents didn’t have the full fee at the start of the term, they could pay later”, Dr. Campbell stated.

In the mid-1950s, the government implemented a massive school building program. This,  alongside the introduction of the Common Entrance Examination in 1957, expanded high school places. The name and the focus of the exam changed over time to become GSAT and later PEP.  But it gradually increased access to high school places over the years. This September, 35,292 students will have classes in high schools, a far cry from the 30 scholarship winners in the 1940s.