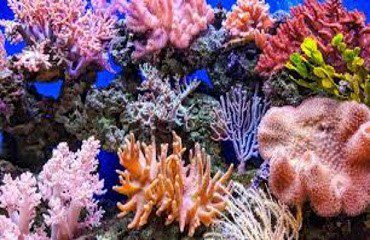 The outlook for the coming months is not promising for the Caribbean’s reefs as widespread bleaching conditions are expected. The Barbados-based Caribbean Institute for Meteorology and Hydrology (CIMH) has warned that with the increase in temperatures in the region, the future does not look favorable.

In its latest issue of the Caribbean Coral Reef Watch, CIMH said the entire region is currently under bleaching watch or warning conditions.

It said parts of Florida, Northern Bahamas, and Trinidad and Tobago have been experiencing Alert Level 1 conditions, and waters in the region continue to warm, “entering what is considered the warmest months of the year, in September and October.”

“The bleaching alert and outlook for the Caribbean indicate that extensive areas of the region will be under Alert Level 1 during October and November, persisting into December in some areas. Bleaching may be expected throughout the region,” CIMH said.

When a coral bleaches, it is not dead; however, it is more susceptible to damage from other stressors, including disease outbreaks. Often, corals that are partial to totally bleached for prolonged periods of time eventually die, causing dramatic long-term ecological and socio-economic impacts, including loss of reef-building corals and changes in benthic habitat and in fish populations on the reef.

Experts warn that even under favorable conditions, it can take decades for severely bleached reefs to fully recover.