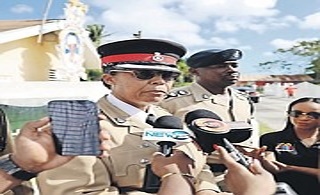 NASSAU, Bahamas, Police are probing the death of an 18-year-old girl, who collapsed and died on a basketball court at Masons Addition park on Thursday, police press liaison officer, Chief Superintendent Chrislyn Skippings, has confirmed.

She said the police classified the incident as a sudden death while continuing their investigations.

She told reporters that La’Bree Bonaby. was playing a game of basketball when she reportedly collapsed.

“We are going to have an autopsy performed to find out exactly what went wrong (and) why she collapsed on the park … We can’t say if she had any previous medical condition or known to have any,” Skippings said, adding that residents in the area had made efforts to revive the teen.

“After they couldn’t, they were able to contact EMS, who came and recognized there were no visible signs of life,” she said, encouraging more people to learn CPR.

“I always encourage persons to try to know the basic steps in CPR because you never know when something is going to go wrong, and so with this particular incident, as we talk about it, I want to encourage Bahamians and residents to reach out.

“You have Red Cross. You have some of the medical facilities around. Reach out to them and see if you can learn at least basic steps in CPR because one day you never know when you can use it, and that every time you use it, you can save a life,” she added.