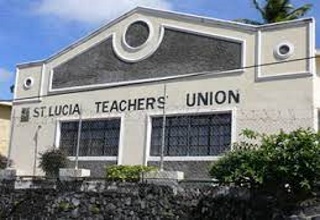 CASTRIES, St Lucia – The St. Lucia Teachers’ Union (SLTU) says it is “disturbed” at the situation regarding the student who had been barred from attending classes at tt. Because of his hairstyle, Mary’s College (SMC) adds “ this case as it has severe implications for the entire education system.

“Schools are institutions that instill values and discipline in students to help them to become law-abiding citizens. Given the nature of the school, we all understand the importance of rules and regulations and why they should be followed,” the SLU said in a statement.

“Further, the SLTU is concerned about the impact this matter will have on school discipline. If a student is allowed to break one rule, then inevitably the authority of all other rules would be compromised,” it added.

The St. Lucia government has already said it “remains committed” to reviewing the present positions regarding issues of grooming in schools on the island after the 13-year-old son of a lawyer was prevented from attending classes on the first day of the new school term.

“The Ministry of Education, Sustainable Development, Innovation, Science, Technology and Vocational Training is aware of situations at various schools which have sparked public discussion, as it relates to issues of grooming in schools on the island,” the ministry said in a statement.

It said it wanted to assure the general public “that it remains committed to reviewing the present positions to address the current issues from a holistic standpoint.

The SMC has defended its decision regarding grooming even as the attorney; Al C Elliot Sr. said he is “disappointed in my alma mater” and that “this is a conversation to be had in 2022.

“As far as I am concerned, a 13-year-old is being denied an education which he has a right to, and the school needs to realize that they are subjected to the Ministry of Education; they are not private institutions and also subject to the authority of the courts, so at the end of the day I don’t think the principal or myself can decide on something that is a public affair, so the courts have a right to decide on it,” Elliot said.

But in a lengthy statement, the SMC Board of Management chairman, Anthony Bousquet, said the words “Step together…are more than merely the opening salvo of our beloved school song.

“No; these first two words are a call to a team mentality and equivalent to reducing the vanity of thinking solely about “me.” Our Alma Mater, St. Mary’s College, offers us a lifelong feeling of togetherness, a firm foundation, and a large team.

In its statement, the SLTU said, “all school rules should be given the utmost respect, in the same manner, the laws and regulations in all other institutions are respected.

“The SLTU is therefore calling on parents, the Ministry of Education, and the wider community to work with our schools to protect the integrity of the school system and to allow schools to continue to play their part in the development of law-abiding citizens of this country.”