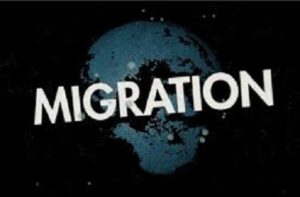 WASHINGTON – The United States is committed to resettling Haitian refugees amid concerns that millions of migrants are displaced across Latin America and the Caribbean,

“Reflecting the President’s commitment to supporting the people of Haiti, the United States also commits to receiving an increased number of referrals of displaced Haitians into the US Refugee Admissions Program (USRAP),” said the US Department of State.

“The USRAP accepts referrals for individuals across refugee populations determined to be particularly vulnerable and in need of the protection provided by third-country resettlement. The United States will continue to work with UNHCR (the UN Refugee Agency) to increase referrals throughout the Americas and the Caribbean to the USRAP,” it added.

Washington said it encouraged other governments to join in opening new legal pathways for protection and opportunities for Haitians and other displaced populations in the Americas.

The State Department said more than 6.1 million Venezuelans had been displaced in the Americas, including the Caribbean. Hundreds of thousands more people from other countries across Latin America and the Caribbean, such as Haitians, are also displaced.

It said the Biden administration is “committed” to resettling 20,000 refugees from the Americas, including the Caribbean, over the next two years.

“This commitment represents a three-fold increase over projected arrivals this fiscal year and reflects the Biden-Harris administration’s strong commitment to welcoming refugees,” it said, noting that the United States admitted more than 5,300 refugees from Latin America and the Caribbean beginning in 2018 through early June 2022, and expects to resettle an additional 1,800 refugees by the end of 2022.

The State Department said it contributed additional funding to UNHCR for staffing infrastructure in the Americas to increase referrals. It has expanded the region’s caseworker staffing at the US Resettlement Support Center by more than 300 percent in the last 12 months. It will continue to prioritize cases in the area each quarter for US Citizenship and Immigration Services refugee interviews.

In the past year, the State Department said UNHCR’s focus throughout the region has grown to include expanded referrals of Venezuelans, Nicaraguans, and Haitians across another seven countries throughout Latin America and the Caribbean.

“As USRAP partners continue to increase staff capacity, the number of referrals and arrivals throughout the region will increase significantly,” the State Department said.

President Biden announced at the just-concluded Ninth Summit of the Americas in Los Angeles nearly US$314 million in new humanitarian, health, economic, and development assistance for Venezuelan refugees and vulnerable migrants.

The State Department said more than 6.1 million people had fled Venezuela since 2015, making it the most significant external displacement of persons in history.

“Many urgently need humanitarian assistance such as access to shelter, education, health, and, in some cases, international protection. The COVID-19 pandemic has exacerbated these needs and increased the vulnerability of Venezuelan refugees and migrants, along with the host communities that have welcomed them, throughout the region.”