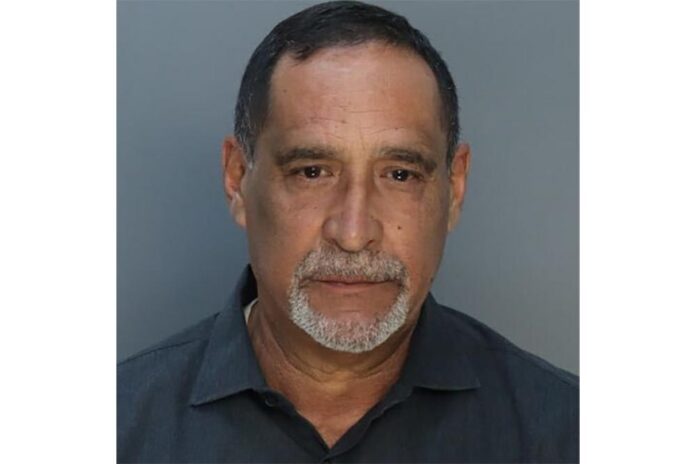 Florida Gov. Ron DeSantis on Tuesday suspended a Miami-Dade County commissioner Joe Martinez who has been charged in a felony corruption case.

DeSantis suspended Martinez through an executive order that barred the longtime county official from performing any official acts or receiving any government pay.

Martinez was charged last month with unlawful compensation and conspiracy to commit illegal compensation in a case involving $15,000 in payments from a business owner facing code violations, according to authorities. He has pledged to fight the charges.

Martinez, a former police lieutenant, has served on the County Commission off and on since 2000 and has been considering a run for Miami-Dade sheriff in 2024.

Investigators say Martinez accepted $15,000 from a supermarket owner who was facing repeated fines for having too many storage units on the property. In exchange for the money, authorities say Martinez pushed legislation that would allow the supermarket and its landlord to legally have their storage containers. The legislation ultimately did not pass, though authorities said the charges are still permissible.

In a statement, Martinez’s attorney, Ben Kuehne, described the charges as “baseless” and said Martinez “looks forward to being completely vindicated and cleared of any wrongdoing.”