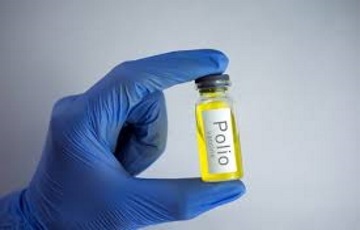 WASHINGTON– Health authorities from across the Americas, including the Caribbean, have passed a resolution prioritizing polio mitigation plans amid concerns of declining levels of polio vaccination and surveillance across the region and the recent confirmation of the circulation of the poliovirus in the state of New York.

The officials adopted the resolution at the 30th Pan American Sanitary Conference that ends here later on Friday.

The Pan American Health Organization (PAHO) said the plans include actions to increase vaccination and surveillance and to ensure adequate preparedness for a possible outbreak.

The document was adopted unanimously by delegates that also included regional health ministers and other stakeholders who, during the conference, decided on public health priorities and responses to current health challenges.

PAHO said the resolution called on countries to engage civil society, community leaders, non-governmental organizations, the private sector, academic institutions, and other stakeholders “to advance and work in a coordinated manner to keep the region polio-free.”

Countries asked PAHO – as the health agency for the Americas and World Health Organization (WHO) Regional Office for the region – “to provide technical cooperation and promote collaboration among member states in developing, implementing, and monitoring polio risk mitigation and preparedness plans.

“Countries were also requested to report to PAHO the progress made as well as the challenges faced in the implementation of efforts to curb polio in the region.”

PAHO said polio, which can spread quickly among communities with insufficient vaccination coverage, is not treatable but entirely preventable with vaccines.

“Yet, vaccination coverage has fallen below 80 percent in nearly all countries of the Americas in the past years, and 12 countries in the region are at very high or high risk of experiencing an outbreak,” PAHO said, adding that the recommended vaccination coverage to prevent the reintroduction of the virus is 95 percent.

Before the confirmation of vaccine-derived polio circulation in the state of New York, PAHO said it had issued an alert to member states to remain vigilant and to take measures to reach out to unvaccinated populations proactively, as well as to increase the surveillance of acute face paralysis – an indicator of the circulation of polio.

In 1994, after the concerted efforts by countries with the support of PAHO, the region of the Americas was the first in the world to be certified polio-free by WHO.

Meanwhile, the conference has endorsed a series of actions to strengthen national regulatory systems in all member states to ensure that medicines and health technologies are safe, effective, and of quality and are tailored to the needs of national health systems.

PAHO said the Policy to Strengthen National Regulatory Systems for Medicines and Other Health Technologies was adopted on Thursday and sets out a series of recommendations to strengthen governance and capacities of regulatory systems, improving regional integration and promoting convergence.

“Regulatory systems are critical for ensuring the availability of quality medicines and other health technologies, such as diagnostics and personal protective equipment, as well as for promoting equitable access to these products,” said James Fitzgerald, director of Health Systems and Services at PAHO.

“They are also vital in enabling countries to create the necessary ecosystems for the development and production of medicines and health technologies,” he added, stating that they include current efforts to boost regional production of vaccines in the region, “which is key to ensuring future pandemic preparedness.”

PAHO said the recommendations included in the policy aim “to support countries in strengthening the governance and stewardship of regulatory systems; ensure that these systems are consistent, transparent and based on best practices; improve regulatory harmonization and convergence, and adopt new evaluation systems based on the World Health Organization (WHO) Global Benchmarking Tool.”

Throughout the past decade, PAHO said the region had made vast improvements in the development of oversight capacity and systems, including in the designation of eight National Regulatory Authorities (NRA’s) of regional reference, with the necessary installed abilities to oversee and sanction the approval of pharmaceutical products effectively.

PAHO said recent reforms within NRAs have also led to more transparent approval processes, with corresponding improvements in access to medicines and other technologies.

Despite this progress, however, significant challenges and existing asymmetries persist, PAHO said.

“In Latin America and the Caribbean, the allocation of financial and human resources for NRAs has remained relatively static over the last five years, while the pharmaceutical market has continued to increase in value, volume, and product complexity,” said Fitzgerald.

PAHO said while the manufacture of increasingly complex medical products also requires more robust surveillance and oversight, “many NRAs have the insufficient capacity in post-marketing surveillance or pharmacovigilance.”

“The new policy aims to tackle these issues, in line with the sustainable health agenda for the Americas 2018-2030, by ensuring that all member states have robust and efficient regulatory systems in place,” PAHO said.