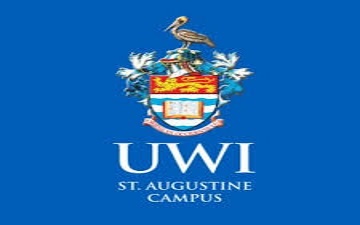 PORT OF SPAIN, Trinidad– The Pro-Vice-Chancellor and Principal of the St. Augustine campus of the University of the West Indies (UWI), Professor Brian Copeland, Wednesday confirmed that the tertiary institution is seeking to increase its tuition fees

But speaking on a local radio talk show, Professor Copeland, who is due to demit office in July, said that a final decision will most likely be taken when the University Council meets on April 29.

Copeland, who did not indicate the level of fee increase being sought, nonetheless defended the move telling radio listeners that there were students who were not yet born now attending the university when the fees were last adjusted in 2001.

“Fee increases represent one of the strategies we have for making the campus’ finances much more robust,” he said, noting that the university has faced “financial deficits.”

He said last year, the campus recorded a “slight surplus” but that it went straight to bolster the situation with one of the faculties.

“We have challenges with our finances, and I have to say…I don’t know if you could work in a company where the cost of your product has been stagnant for 21 years. That’s where we are right now.

‘There are students we had taken in who were not even born in 2001 when the last fee changed, but it is not the reason for looking at it; it is an issue of bringing our finances in line with the formula used across all other campuses that have been agreed to for many years whereby students pay for 20 percent of the economic costs of the university…

“Right now, it sits at around 12 or 13 percent, but the main reason is to get us to a state where we are much more robust, much more able to keep the campus afloat”.

Apart from the Open Campus and St. Augustine, the UWI has campuses in Jamaica, Barbados, Antigua, and Barbuda.

While the fee increase had not yet been officially confirmed, Copeland said the first official meeting would take place on Thursday, with two other rounds of discussions culminating in the University Council meeting at month-end.

He said a meeting had been held with the Guild of Under Graduates on Tuesday, and “of course, they would prefer the fees to remain, but they understand why we are taking this stand.

“One of the initiatives that have been driving for the last six years is to get the campus community to realize precisely that we are a business. We are not a corporate business; we are into education, lifting the citizenry, and so on (but) we have to show at least a minimal surplus at the end of the year.

“We have tried many times in the past to increase tuition, and we have not been successful in getting that through to the various committees that need the approval,” he said, questioning also whether it is a good time or not to announce the fee increase.

“We recognize the challenge that exists, but we believe that if we don’t make that move in this particular year, it will be another 20 years before we start seeing any significant motivation to make those changes in the fees,” he said.

Copeland said that while undergraduate students were “leveling off,” those pursuing post-graduate studies “fell off precipitously,” saying it is a reflection of the decision by the current administration to review the Government Assistance for Tuition Expenses Programme (GATE)“when funding for postgrad programs had been removed.”