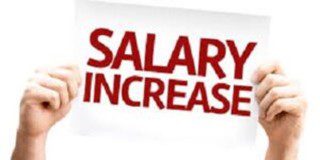 The three labor organizations representing the bulk of public sector workers in St. Vincent and the Grenadines (SVG) have welcomed the salary increase and tax adjustments negotiated with the government. However, they fell a bit short of what they were seeking.

St. Vincent and the Grenadines Teachers’ Union, the Public Sector Union, and the Police Welfare Association said at a press conference that while they had asked for a nine percent increase over three years, they settled for seven percent, having been convinced this is what the government can afford.

The negotiations concluded last Friday, and public sector workers will receive a 2.5 percent increase in their pay packages next year, followed by a two percent hike in 2024 and another 2.5 percent in 2025.

Further, the government and the unions agreed to increase the personal income tax standard deduction to EC$22,000 (US$8,140) up from EC$20,000 (US$7,400). Additionally, there is a reduction of the top personal income tax marginal rate to 28 percent, down from 30 percent.

The unions shared with the media a document from Minister of Finance Camillo Gonsalves confirming the salary increases and tax adjustments.

“Our expectations were high. Even though we did not realize what we set out to, that’s the nature of negotiations,” Robinson said.

“We didn’t want to go there and appear to be greedy and grab everything, and then at the end of the day, we miss the status of the economy, the performance of the government.”

For example, he said, while the government is making a lot of money from Value Added Tax in tourism and from hotel rooms, “we realized that tourism has not really done well, and you notice now, the cruise season has not really picked up as yet.”

Noting that the International Monetary Fund had said there was a possibility of a recession, Robinson said the union looked at “the whole picture” and took “a holistic approach.”

“There was mutual respect right around the table. And that, from my own vantage point, having been involved in several negotiations in the past, that one that we had last week Friday was very cordial. There was that listening ear on both sides. And we were able to deliberate in a very meaningful way and in good faith,” he added.

Speaking at the same press conference, PWA chair Corporal Germano Douglas and Gweneth Baptiste-Stoddard, first vice president of the PSU, welcomed the pay increases but said they had hoped for more.

“If you ask me if this is enough, I would say no. But given the principles as explained, sustainability, and the others of the finances, I would say, this is a start for us,” Douglas said.

Baptiste-Stoddard agreed that the amount is acceptable in the circumstances.