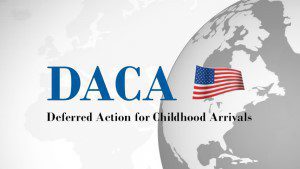 Immigration advocates in New York have decried a United States federal appeals court ruling in New Orleans that puts in further limbo the status of over one million immigrants from the Caribbean and elsewhere who were taken to the US as children.

On Wednesday, the US Court of Appeals for the Fifth Circuit punted the case, Texas v. the United States, back to the US District Court for the Southern District of Texas for consideration of the Biden administration’s final rule on the Deferred Action for Childhood Arrivals (DACA) program.

DACA was instituted by former US President Barack Obama.

The New York Immigration Coalition (NYIC), an umbrella policy and advocacy organization of more than 200 groups in New York State, on Wednesday urged permanent protections and a pathway to US citizenship for the Caribbean and other immigrants who rely on DACA for their livelihoods, stating that their status continues to be “in jeopardy.”

“Today, the Fifth Circuit Court of Appeals’ decision to punt the future of the Deferred Action for Childhood Arrivals program back to the lower courts cruelly keeps the futures of 1.2 million people in limbo as they wait for relief,” NYIC’s Executive Director Murad Awawdeh told the Caribbean Media Corporation.

“DACA has allowed immigrant youth to attend school, join the workforce and live free from fear of deportation,” he added. “To continuously shuttle DACA through different courts, keeping it in limbo, is to devalue and ignore the contributions this policy has made to our state and country.

“The future of our immigrant communities shouldn’t be left up to one court decision,” Awawdeh continued. “It should be enshrined in our nation’s laws.”

He urged legislators in Washington to “act now and provide permanent legal protections to DACA and TPS (Temporary Protected Status) recipients,” such as tens of thousands of Haitians, “and all those who call our country home but lack a pathway to permanent residency and citizenship.”

Chief Fifth Circuit Judge Priscilla Richman, who was nominated to the court by former US President George W. Bush, wrote in the appeals court’s opinion on Wednesday that “a district court is in the best position to review the administrative record in the rulemaking proceeding.”

The other panel members were judges – Kurt Engelhardt and James Ho – who were appointed by former US President Donald J. Trump.

The appeals court’s decision came as part of a long string of court cases that have fought for the DACA program since the Trump administration attempted to terminate it in 2017.

In July 2021, US District Court Judge Andrew Hanen of Texas ruled that DACA was illegally implemented and barred the US Department of Homeland Security (DHS) from approving new DACA requests.

Hanen stayed a portion of his ruling, allowing DHS to continue processing DACA renewals while the appeal is pending.