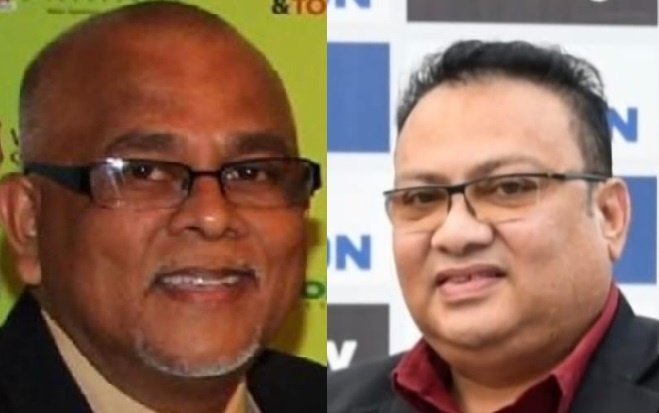 GEORGETOWN, Guyana, Nov 15, Guyana and Trinidad will next month take part in a bilateral Regional Under-13 Tournament that Guyana Cricket Board (GCB) president Bissoondyal Singh said is another significant step in youth cricket development.

Singh and Trinidad and Tobago Cricket Board (TTCB) president, Azim Bassarath on Monday, signed the agreement for the December 10-17 tournament.

“Both territorial boards are keen on exposing our future professional cricketers at an early age to the highest competitive standards possible. We recognize the need for children to develop their art, bowling, batting, and fielding in a fun-related manner,” he said.

“However, we strongly believe that players in the Under-13 age group can begin to challenge their minds a bit more than is currently being done. Learning cricket techniques is good, but executing the respective skills in competitive environments will set the players on a greater path to success.”

Singh added that the initiative paves the way for a regional Under-13 tournament.

The GCB said it is expected that the Under-13 players will be adequately exposed to competitive cricket, which facilitates their growth and development for the Board’s two-year incremental development programs such as the National Under-15, Under-17, and Under-19 training activities.

“We believe in promoting the training aspects of cricket so that players can inculcate the recommended practices for the game as well as a person,” Singh said.

The GCB has established structured cricket development activities for the Under-11, Under-15, Under-17, Under-19, and senior levels. The Under-11 activities are conducted through the Republic Bank Five for Fun Cricket Development program.

Additionally, the GCB and Republic Bank are in the planning stages of initiating a national Under-23 Inter-Club Tournament.