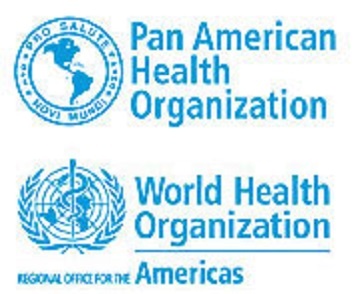 LIMA, Peru, Nov 21, The Pan American Health Organization (PAHO) says health experts and partners from the Americas, including the Caribbean, involved in meningitis prevention, control, and treatment have gathered here to develop a roadmap to defeat meningitis in the region by 2030.

Although bacterial meningitis is preventable with vaccination, the World Health Organization (WHO) estimates meningitis caused 250,000 deaths in 2019, leaving one in five individuals with long-term conditions after an infection.

PAHO said meningitis is an infection of the membrane surrounding the brain and the spinal cord.

It said bacterial meningitis could be treated successfully with antibiotics if it is detected early. If left untreated, however, it has a high mortality rate.

PAHO said long-term conditions that can arise from a meningitis infection include hearing loss, cognitive dysfunctions, such as memory or learning problems, loss of limbs, and visual impairment.

Due to the severe impact of untreated meningitis, PAHO said the disease is considered among the four leading causes of Disability Adjusted Life Years (DALYs).

“The goal of the 2030 roadmap is to reduce meningitis cases by 50 percent and deaths by 70 percent,” said Dr. Lucia de Oliveira, PAHO Regional Advisor for Immunization, noting that PAHO is also working towards eliminating epidemics of bacterial meningitis in the region, and towards reducing disability and improve the quality of life after meningitis.

To achieve these goals, Dr. de Oliveira said it is necessary to strengthen key health system pillars: prevention, diagnosis, epidemiological surveillance, and access to medical services and care for patients with post-meningitis conditions.

PAHO said the Roadmap proposed actions along these areas but also included awareness raising to inform populations and decision-makers about the disease and to spread messages about symptoms and signs, as well as vaccines and other methods to prevent the disease.

“Meningitis is a serious disease that affects millions worldwide and has a high lethality rate of up to 10 percent to 50 percent if accompanied by sepsis, when the body’s response to an infection damages its own tissue, making it life-threatening,” said Dr. Maria Teresa Valenzuela, a PAHO International Immunization Consultant. “This is why the 2030 roadmap is important.”

PAHO said the 73rd Session of the World Health Assembly endorsed in November 2020 the Global Roadmap to defeat meningitis by 2030.

PAHO said it officially launched this plan, along with WHO and partners, in September 2021.