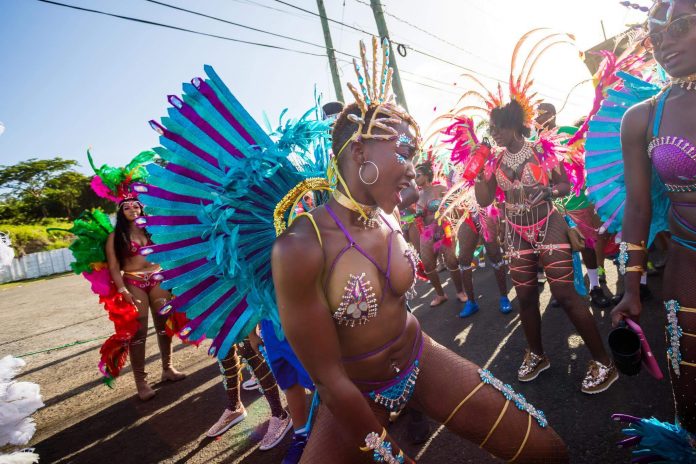 Do not mistake Caribbean, Trinidad-style carnival for the American Eurocentric event featuring Ferris wheels, cotton candy, dart throwing, and kids squealing loudly on nerve-racking rides. It’s none of these things – period. It’s the rule of the Merry Monarch and an event that is noted for its bacchanalian qualities. And yes, this annual English-speaking Caribbean festival, now a hybrid version in Brooklyn, New York City, for the past 52 years, started as a form of resistance to British (and French) colonialism, and a way to challenge the status quo.