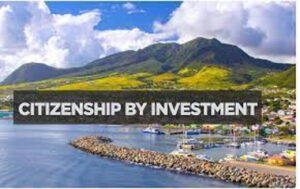 ST. GEORGE’S, Grenada– Grenada recorded income of over EC$100 million (One EC dollar=US$0.37 cents) during the first nine months of this year from the controversial Citizenship by Investment Programme (CBI), Prime Minister Dickon Mitchell has said.

Addressing the 2022 Investment Migration Round Table Conference, Mitchell, who came to office in June this year, said that in absolute dollar figures, the inflows had been EC$112 million compared to EC$80 million in 2021.

“The National Transformation Fund moved from EC$47.2 million for January to September 2021 to EC$49.5 million for the same period in 2022. If we curate our 2022 capital budget, this is about 20 percent of that budget which is not insignificant by any measure,” he told the conference.

“Additionally, the approved applications for private sector projects will potentially general EC$207 million in investment project funds for January to September 2022 compared to EC$161 million for the same period in 2021,” he told the conference that included delegates from local and international marketing agents.

In addition, Grenada approved citizenship for 1058 people under the CBI during the nine months of this year, while eight people were rejected.

Under the CBI program, which began in August 2014, Grenada provides citizenship to foreign investors who contribute significantly to the island’s socioeconomic development.

Grenada is among a handful of Caribbean Community (CARICOM) countries with a CBI program. To date, more than 7,000 people have received citizenship through the initiative, becoming the primary non-tax revenue earner for the country.

Most applications to Grenada come from China, Russia, India, South Africa, and Nigeria. There are also several applications from the United States and Europe.

The conference is a collaborative initiative undertaken by the Grenada Co-operative Bank Limited and Grenada Citizenship by Investment Unit.