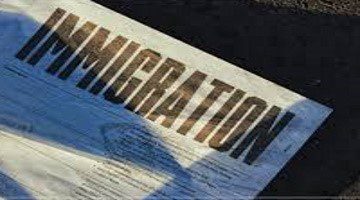 U.S. immigration officials say 25 Cuban migrants landed in South Florida on Tuesday, the latest arrival which is part of mass migration from the island to escape political and economic troubles.

The group was seen sitting off the side of the road by a beachside park in Key Biscayne, Florida, in the early morning, including women and a few children, who were all taken into custody.

Chief Patrol Agent Walter Slosar of the U.S. Customs and Border Protection said via Twitter it was a smuggling incident that was being investigated.

Between last October and May, Customs and Border Protection officials found and detained about 1,000 Cubans arriving in Florida. Meanwhile, as of Sunday, the U.S. Coast Guard said it had stopped more than 3,000 Cubans at sea since last October.

The majority of Cubans continue to migrate by crossing the U.S.-Mexico border, with about 140,000 arriving since last October, a number that exceeds the Mariel boatlift of 1980, when more than 124,700 Cubans came to the U.S.

Cuba is seeing its worst economic crisis in decades due to the COVID-19 pandemic and the tightening of U.S. sanctions. Last summer, people staged massive protests, which ended in hundreds of arrests, according to nongovernmental groups.